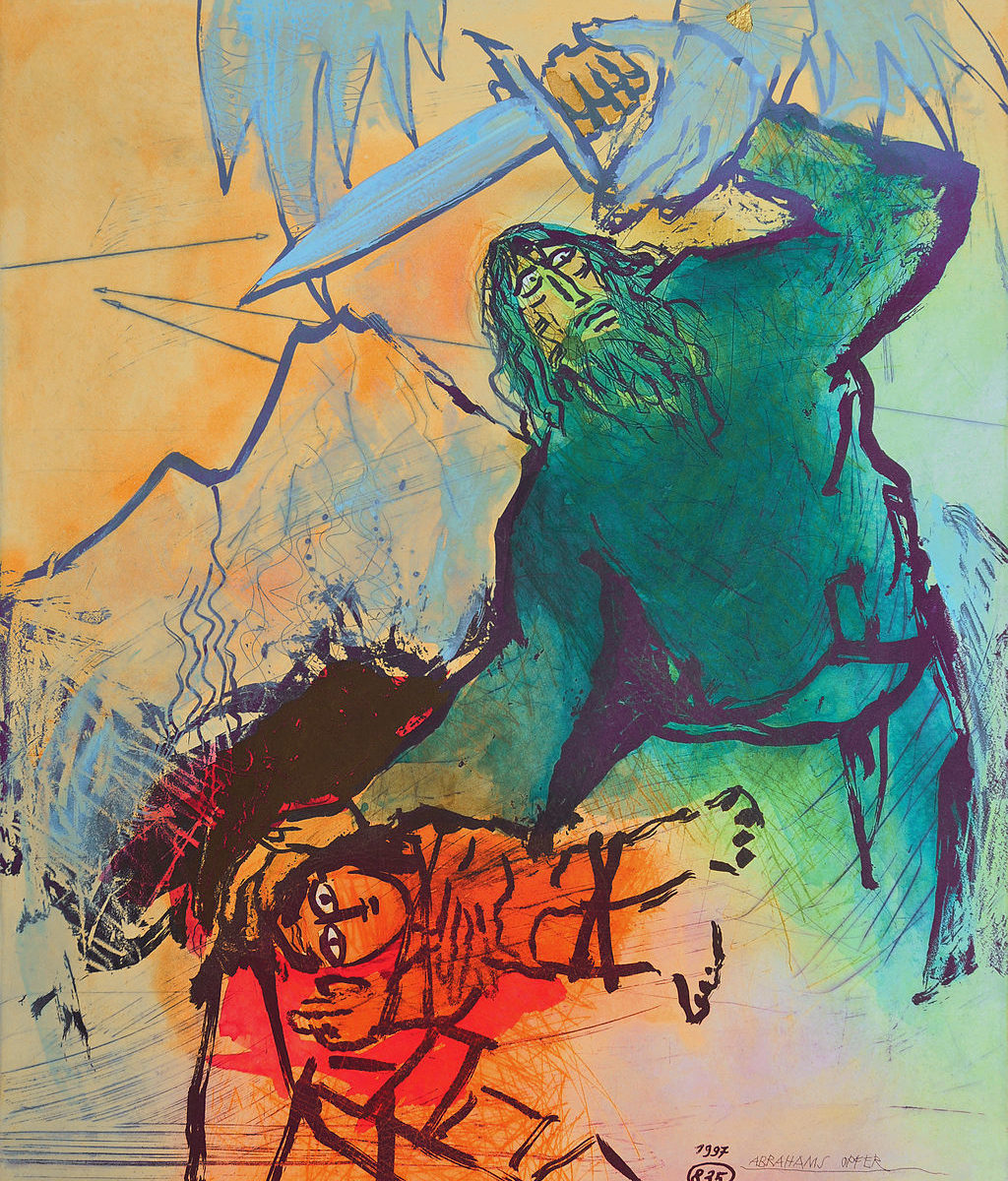 This is the first of two blog posts by Cath Kennedy drawn from a 2016 article examining the retelling of the Abraham Cycle in Godly Play. The other will discuss the portrayal of femininity through Sarah and Hagar.

Godly Play is a resource for children’s faith formation from the United States. It is popular with churches across the UK and has a reputation for being progressive and inclusive. Despite this reputation, the research found systematic gender stereotyping and a distinctly conservative theology of male headship which users of this resource may wish to consider.

The research discussed here focussed on Jerome Berryman’s treatment of the Abraham cycle from Genesis 11 – 25 in his Complete Guide to Godly Play. The story is retold once in Volume Two as ‘The Great Family’, and twice in Volume Six as ‘The Story of Abraham’ and ‘The Story of Sarah’. An earlier version, ‘The story of Abraham and Sarah’ from Young Children and Worship by Jerome Berryman and Sonia Stewart, falls outside this project, and many of the issues I discuss here are absent from this prior retelling. This suggests that Berryman has deliberately orientated the story in The Complete Guide to reflect his teaching objectives. It is therefore likely that this is an orientation shared by his other stories in The Complete Guide.

This post focusses on the masculinity of Berryman’s Abraham and its theological implications. While there is a superficial equality between Abraham and Sarah in the repeated statement that God had made promises to ‘them’, and a tendency to treat the couple as a unit through the use of ‘they’ and ‘them’ wherever possible, this is not borne out in other aspects of the storytelling. For example, at the start of ‘the story of Sarah’ we learn that in Ur, a ‘girl called Sarai’ met ‘a man called Abram’ and got married.

This wording is not unusual in religious storytelling, but it establishes Sarai/Sarah as a juvenile and Abram/Abraham as a fully formed adult. Whether we interpret this to indicate a significant age disparity, a difference in status, or both, the relationship is henceforth constructed on the basis of male superiority. This continues throughout the three scripts, with the male being named before the female in every case where both are named, except where they are specifically ‘mother and father’. Furthermore, as we shall see, Abraham’s only genuine relationship in the modern sense appears to be with God, rather than with any human character.

The pattern of male superiority continues, with male characters, such as ‘the king of Egypt, the pharaoh’ receiving honorific titles, whereas Sarah is seldom named, more often referred to as Abraham’s wife than as a person in her own right. The spouses never exchange direct dialogue and engage in no shared activity. While the verbal script relates that ‘they walked’ from Haran to Canaan, the physical enactment of the journey moves the figurines representing the two characters singly, in stages, across the storytelling space. In effect, they travel together in name only, being separate while moving and meeting up when immobile. Progress is therefore an individual matter, and togetherness is associated with settling short of the destination.

Similarly, while the verbal script states that God makes promises to ‘them’, the physical enactment of the stories explicitly requires that the Abraham figurine be moved away from Sarah’s whenever he converses with God. Sarah is therefore visibly absent from these conversations, and the narration of ‘the story of Abraham’ narrates the process of Abraham firstly separating himself, and then feeling God close to him. This implies that Sarah’s absence is necessary for Abraham to communicate with God.

God’s exclusive communication with Abraham reflects the story in Genesis, but Genesis does not involve Sarah in promises made to her husband until a late stage, after the birth of Ishmael. While the phrasing implying that Sarah is an equal recipient of the promises is a feature of all children’s retellings of the story I have encountered, Berryman’s use of plural pronouns such as ‘they’ is applied to situations where God is visibly communing exclusively with Abraham. This stretches ‘they’ to undermine Sarah’s inclusion and apply it only to the male character and his viewpoint. This gender bias is often implicit in religious storytelling, but Berryman constructs it in a uniquely explicit way.

Abraham’s receipt of information and instruction is therefore private, something Sarah can have no knowledge of. Despite this, since Berryman does not show Abraham communicating any of this to Sarah, we must infer that divine instruction received by the male partner is valid for both spouses, even when the wife is ignorant of what has been imparted. Additionally, Berryman’s construction of his paradigmatic ‘Great Family’ renders this arrangement normative. God, it seems, speaks to men, rendering women dependant on those men to receive instruction.

Male leadership is intrinsic to the text of Genesis, but Berryman adds to this in his portrayal of Abraham. In addition to hearing from God on behalf of the rest of the family and leading the way across the desert, Berryman’s Abraham has an original method for establishing God’s presence. In ‘The Great Family’, the altars built by Abraham in various named locations in Canaan serve to demonstrate that ‘all of God was in every place’. This adds to the biblical text, giving the impression of an objective, scientific process. However, in the absence of any description, we must assume that the evidence of divine presence is Abraham’s subjective experience. By associating this so closely with an activity which is exclusive to Abraham, Berryman requires us to take Abraham’s word for it, so to speak. We, the audience, are in the same position as Sarah. Abraham has heard from God on our behalf, and we must therefore pay attention to him and what he represents. Effectively, Berryman is placing us under Abraham’s ancestral and spiritual authority, despite our implied gentile heritage.

Abraham’s primacy reaches its peak in the binding of Isaac, where God instructs him to sacrifice his son as a burnt offering. The Genesis text portrays this as a transaction between the two adult male characters which the child and his mother are excluded from. In God’s eyes, it seems the father owns the son. Berryman’s ‘the story of Abraham’ uncritically includes this episode. It does not portray Isaac’s experience or feelings once, but the knife, rope, and fire needed for the sacrifice are specifically included as part of the physical enactment. The fact that the story’s hero is prepared to kill his child is therefore inescapable. Quite what Berryman is seeking to achieve in emphasizing this is unclear, but the Godly Play method makes children responsible for making sense of the story presented. While they are free to criticize as they see fit, it is not necessarily appropriate to expect them to analyse structural bias of the kind described in this post, or to apply doctrine to the Bible’s most difficult passages.

The effect on little girls of reductive, infantilising models of femininity in children’s media are often discussed. However, poor models of masculinity are also potentially harmful. Do churches wish to communicate to boys that they should be detached, uncommunicative, authoritarian, and abusive? If not, they may wish to adapt resources such as Godly Play or seek out progressive alternatives.

This site is part of Humanities Commons. Explore other sites on this network or register to build your own.
Terms of ServicePrivacy PolicyGuidelines for Participation
Skip to toolbar